Winners of the Irish Whiskey Awards 2016

Winners of the Irish Whiskey Awards 2016

Castle Brands walked away with top accolades at last night’s Irish Whiskey Awards. Awards included Irish Whiskey of the Year 2016 and overall winner for Irish Single Malts (13 Years and older) for Knappogue Castle 14 Year Old Twin Wood. Castle brands also won a gold medal for their Knappogue Castle 16 Year Old Single Malt in the Irish Single Malts (13 Years or Older) category and a gold medal for Boru Vodka in the Best Irish Vodka category, with the overall winner in this category going to Straw Boys Vodka from the Connacht Distillery, Mayo. Dick Mack’s bar in Dingle was named Irish Whiskey Bar of the Year 2016, walking away with the accolade for the third year in a row. Accolades were awarded at a ceremony last night (Thursday, the 20th of October), in Tullamore Dew Visitor Centre, Tullamore, Co. Offaly. 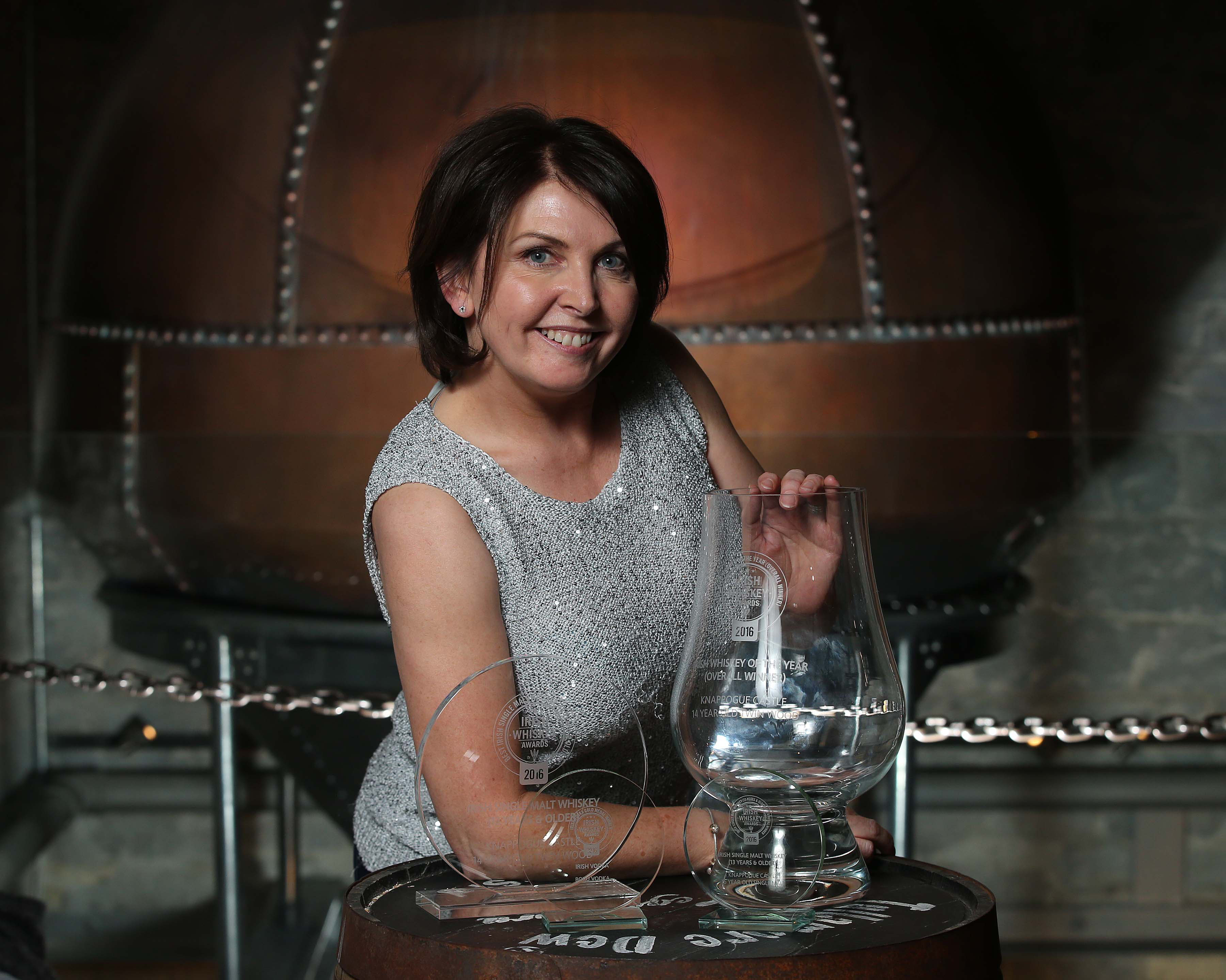 Pictured at the Irish Whiskey Awards 2016 which took place in the Tullamore Distillery Visitor Centre recently (20th October 2016) was Marianne Courtney of Castle Brands who collected the awards for the Irish Whiskey of the Year 2016 for Knappogue Castle 14 Year Old Twin Wood, which also won the best in the Irish Single Malts (13 years and older) and Gold medals for Knappogue Castle 16 Year old Single Malt and Boru Vodka.
For further information please contact O’Leary PR 01-6789888

The Irish Whiskey Awards, which are in their fourth year, recognise the excellence and innovation from indigenous producers and distillers. The awards spanned a total of 20 categories, including recognition of the best in Irish gin, Irish vodka, Irish liqueur, craft beer and Whiskey Bar of the Year.

This year the judging was in the form of a blind tasting of all the entries across three sessions. Members of the Celtic Whiskey Club & Irish Whiskey Society judged all entries in Brooks Hotel on Saturday 3rd and 10th of September.  Members of the trade were responsible for judging white spirit categories (Gin, Vodka & Poitin), which took place on Monday the 12th of September in No. 10 Stephen’s Green. All voting was anonymous and the final scores will be made available to the industry after the awards.

Each of the category winners were awarded a trophy and the runners up received a Gold Medal that can be prominently displayed on their whiskey at point of sale.

The winners of the Irish Whiskey Awards will be celebrated at Ireland’s premier whiskey tasting event, Whiskey Live Dublin in The Printworks, Dublin Castle, Dublin 2, on Saturday the 5th of November. The showcase will be divided into two sessions (13:30-17:00 and 18:00- 21:30), tickets are priced at €42 plus booking fee with the Celtic Whiskey Shop donating €10 per ticket to Down Syndrome Dublin. Masterclass tickets are an additional €5, with all money donated to Down Syndrome Dublin.

Notes to the Editor: