PlayersXpo Takes Entertainment To The Next Level!

Home/Entertainment, Gaming, latest news, Launch/PlayersXpo Takes Entertainment To The Next Level!
Previous Next

PlayersXpo Takes Entertainment To The Next Level! 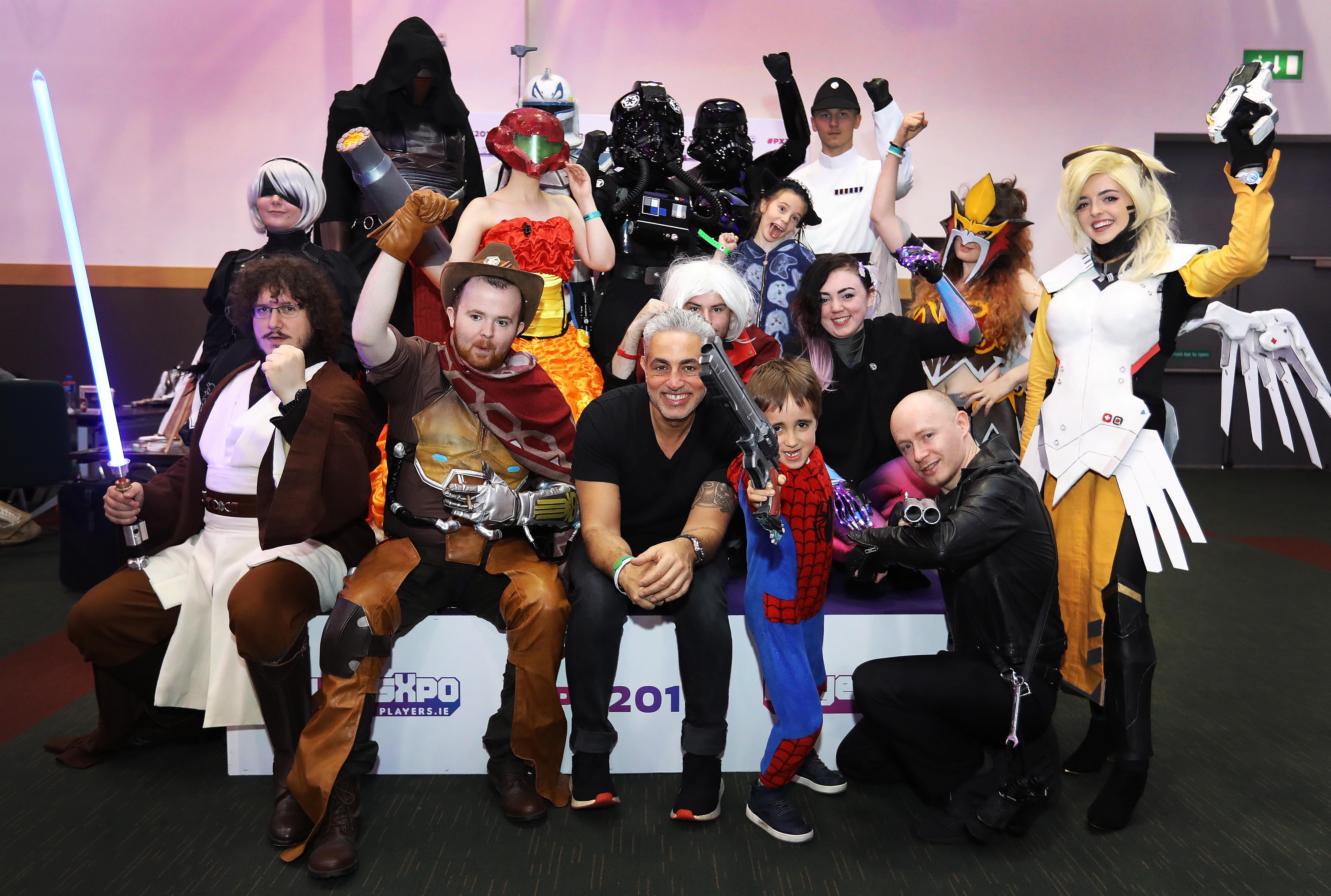 Baz Ashmawy pictured with competitors in the Cosplay competition at PlayersXpo, Ireland’s Ultimate Gaming event in The Convention Centre in Dublin over the weekend. With a show-stopping line-up of top International acts and gaming industry legends, fans from all over the country flocked to meet their heroes and get hands-on with some of this year’s most anticipated video games!

The ultimate gaming event took place in Dublin over the bank holiday weekend as the CCD played host to Ireland’s first PlayersXpo.  Featuring a show-stopping line-up of top international acts and gaming industry icons, PX2017 presented 24 hours of epic entertainment across just two days, as fans from all over the country flocked to meet their heroes and get hands-on with some of this year’s most anticipated video games!

Making their first ever Irish appearance, YouTube superstars Slogoman, Jelly and Sanna were joined by the godfather of gaming John Romero, Ireland’s own award-winning composer and conductor Eimear Noone and a host of special guests on the PX2017 main stage, where the audience enjoyed a series of interactive panel discussions, open Q&A sessions and roof raising musical performances.

Showcasing all the hottest games and franchise favourites like FIFA 18, Rocket Leagues, Overwatch, Mario and Minecraft, visitors also experienced the ultimate in virtual and augmented reality with the chance to get up close and personal with the characters of Thor Ragnarok, and even paint like Picasso in the 3D world of Google’s incredible Tilt Brush.

Commenting at the event, Michael Finucane Creative Director of PlayersXpo said: “I can’t tell you how exciting it is to see Ireland’s first every PlayersXpo come to life. The reaction has been amazing and for me as a fan myself that was so important! We wanted to create an event that fans and families would look forward to year on year and with plans for PlayersXpo 2018 already underway, it’s only going to get better!”

Fans comfortably played their way through this exciting expo, which was hosted in carefully controlled sessions right across the weekend, with the opportunity to bag some cool swag, win some really great prizes and take part in some wacky Cosplay competitions along the way!